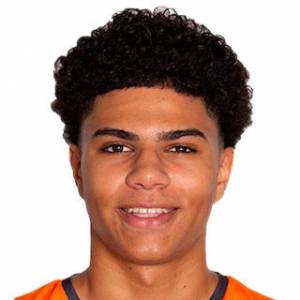 Killian Hayes is a basketball player born on July 27, 2001 in Lakeland. His height is six foot four (1m92 / 6-4). He is a shooting guard / point guard who most recently played for Detroit Pistons in NBA.

Killian Hayes through the years 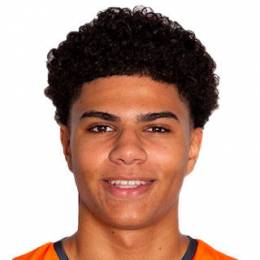 Killian Hayes was born on July 27, 2001, in Lakeland, Florida. He is the son of DeRon Hayes, an American professional basketball player with a French passport. After graduating at Pennsylvania State University in 1993, DeRon played most of his career in France from 1993 to 2012.

Able to play at both guard positions, Hayes shines with his ball handling. « He is able to make plays for others or for himself » said his U22 coach Sylvain Delorme. « He can dominate one-on-one, thanks to great fundamentals, his athletic abilities and his ability to finish plays in the paint » added Lamine Kébé, France U17 National Basketball Team coach. « I like to watch James Harden for the way he plays one-on-one, Manu Ginobili for the way he moves with the ball, and Lou Williams for his scoring skills » confessed Hayes.

His game was modeled after both the US and the European basketball style. Killian grew up in France, going back to Florida during summers. « It's my second home ». You get when the cultural-mix comes from !

A basketball genius since the age of 6

Killian Hayes started playing organized basketball at 6 with Cholet Basket, the club his father was playing for at that time. After shining in his early years, Killian was recruited by INSEP, the National Institute for Sport and Physical Education. Advised by his parents, he decided not to join the program that helped develop Tony Parker, Evan Fournier or Boris Diaw. Instead, Killian Hayes stayed in Cholet, a club known for giving playing time to young players, and from which Rudy Gobert, Nando De Colo, Rodrigues Beaubois, Kevin Seraphin, and other professional basketball players came out from.

In the summer of 2017, Killian Hayes led France to a U16 European Basketball Championship, being named tournament MVP. He averaged 16.6 points, 7.0 rebounds and 5.1 rebounds in the competition in which France was undefeated. Hayes was clutch in the final against Montenegro, finishing with a game-high 21 points, on 7/9 shooting.

The following season, his averages with the U21 team got up to 16.6 points, 3.9 rebounds, and 7.2 assists, helping Killian get a chance with the Pros. On October 21, 2017, being 16 years and three months old, Killian Hayes played his first professional basketball game with Cholet against Nanterre.

On February 10, 2018, Killian Hayes, 16 years old, had his first significant performance with the Pros in French Jeep Elite. He played 16 minutes, scored 4 points with 2 rebounds and 1 assist in a home loss against Strasbourg. The youngster impressed the opposing coach, who happened to also be the French National Team head coach, Vincent Collet.

« We had the chance to work with Frank Ntilikina before he left for the NBA. I see the same maturity level, the same poise, in Killian Hayes. He is not scared. Most kids his age would be. He just played as he did in his U22 game a few hours before ! » said Collet. The kid did so against seasoned veterans like Dee Bost (Mississippi State alumni, NBA D-League All Star in 2014) or David Logan (120 Euroleague Basketball games).

A winner, and often the MVP...

In the summer of 2018, Killian Hayes led the French U17 Basketball Team to the World Championship finals against the USA. After going undefeated in the previous round, France got blown out (95-52) by a team led by Isaiah Stewart, Romeo Weems, and Vernon Carey. Hayes averaged 16.1 points, 3.6 rebounds, and 3.3 assists and was named in the competitions all-star team.

First full season with the Pros