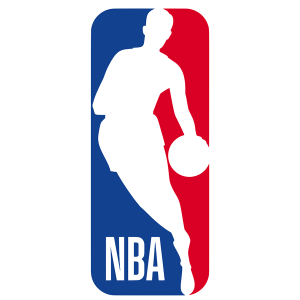 Check out the latest NBA scores and standings.

Game news from around the NBA

NBA: Chris Paul gets 16 assists, Phoenix pulls away from Utah

How does the NBA work?

The National Basketball Association (NBA) is the world's top basketball league. As in many Anglo-Saxon leagues, it is based on the principle of franchised teams. The basketball teams that are part of this professional league are so because they have bought a franchise. A system in opposition to that of a large part of the European, African or South American leagues, which operates through promotions and relegations between different divisions.

Knowing that, this league includes 30 franchises, divided into two Conferences (East and West), each including three divisions (Northwest, Pacific, Southwest / Atlantic, Central, Southwest). Like many basketball leagues in the world, this championship is divided into two phases: a regular season and playoffs. But since 2020 and the season truncated by the coronavirus pandemic, a "Play-in tournament" has been introduced to make the transition between these two phases.

Usually, at the end of the regular season, which begins in October and includes 82 games per team, the first eight teams of each conference play the NBA playoffs. But now, only the top six are guaranteed to make the postseason. The seventh, eighth, ninth and tenth ranked teams play a mini-tournament. The 7th and 8th teams only have to win one game to qualify for the playoffs, and have (if necessary) two opportunities to do so. The 9th and 10th have to win twice.

What is the NBA Draft and how does it work?

Since 1947, the NBA Draft has been an annual event in which the 30 teams of the National Basketball Association (NBA) take turns selecting eligible players from college, high school and abroad who wish to join the league. The NBA Draft is the primary entry point for the majority of NBA players.

In the closed league system as we know it in the United States, with no up and down, this draft allows redistributing the cards between the teams. The worst teams get the best picks and can select the best prospects, while the best franchises only get the last picks.

Note that each team initially has two picks, spread over two rounds. Trades are possible. Any franchise can give up a future draft pick to another team. Not to mention that they can be used as a bargaining chip in player transfers between teams.

Each team has a minimum of 12 players and a maximum of 15 players under contract. Contracts can be guaranteed, partially guaranteed, non-guaranteed or even ten-day contracts. Each of these players can be traded overnight during the NBA transfer period.

What are the types of NBA contracts?

There are a wide variety of contracts and intricacies that exist (and are dictated by a variety of factors such as age, salary, number of years in the league, special circumstances and more), making them very complex but no less useful to the smooth operation of the league and franchises.

Here are some of the most well-known and frequent contracts:

What are the historical and the most famous clubs of the NBA?

Among the 30 franchises that play in the NBA (29 American, 1 Canadian), there are inevitably two that stand out, especially in terms of record. The Boston Celtics and the Los Angeles Lakers, two rival franchises, dominate with seventeen titles each. Behind them, the Chicago Bulls have six titles. These three teams are undoubtedly historical.

After them, Golden State Warriors also have six titles, and the San Antonio Spurs have five. In all, nineteen of the current thirty franchises have won a championship, including the Toronto Raptors, which is the most recent (1995) team to win a title.

Which NBA stars have won the most individual awards?
The NBA Most Valuable Player (MVP) Award is an annual award of the National Basketball Association (NBA) given since the 1955-1956 season to the most successful player of the regular season.

Kareem Abdul-Jabbar holds the record for most MVP awards, winning six. He is also the only player to win the award when his team did not make the playoffs in the 1975-76 season. After him, Bill Russell and Michael Jordan both won the award five times, while Wilt Chamberlain and LeBron James won it four times. Moses Malone, Larry Bird and Magic Johnson each won the award three times, while Bob Pettit, Karl Malone, Tim Duncan, Steve Nash, Stephen Curry and Giannis Antetokounmpo each won twice. Like him, Hakeem Olajuwon of Nigeria, Tim Duncan of the U.S. Virgin Islands, Steve Nash of Canada, Dirk Nowitzki of Germany and Nikola Jokić of Serbia are the only "international players" to have won the title of the MVP in the NBA. More recently, in 2015-2016, Stephen Curry became the only player to win the award unanimously.

The coaches also have the right to their individual distinction. If the coach who breaks all records and who dominates the debates in terms of the number of NBA championships is none other than Phil Jackson, crowned eleven times, he does not appear in the rankings of those who have won the title of best coach several times (he won it only once, in 1995-1996).