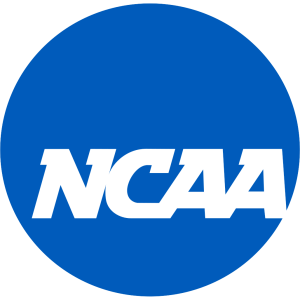 How does the NCAA work?

The National Collegiate Athletic Association, or NCAA, is the college basketball championship in the United States, which has 351 college teams divided into three divisions. Only the first division is really followed since these are the teams with the most resources.

During the year, the teams, classified by conference (32 in all), play each other in round robin games. The conferences are not necessarily all at the same level and that is why we talk about majors (the Big Ten for example), mid-majors (like Atlantic 10) or low-majors for the weakest conferences. There are between 8 and 16 teams per conference.

The organization of the NCAA championship may seem quite complex. Namely, from November to December, teams play out-of-conference games against other teams that are not in the same conference. Then, from January to early March, teams from the same conference play each other. Of course, there are so many teams in the league that it is not possible for one team to play every other team. A sort of ranking determines the level of a team.

After this season comes the March Madness...

The March Madness, how does it work?

From March to April, as its name suggests, the March Madness is held, which is the highlight of the season, is at least as popular as the major NBA tournaments and is the most followed event in America after the Super Bowl! Established in 1939, this single-elimination tournament determines the national champion of college basketball in the United States.

68 teams take part in the three weeks of intense competition, based on a single-elimination system, with the knowledge that any of the big teams can make a mistake and be eliminated, while any of the outsiders can pull off an upset. These 68 teams include the champions of the 32 Division I conferences and 36 others who are selected by a committee of experts based on a variety of sporting criteria (win rate against top teams, away record, etc.). These teams are announced on Selection Sunday.

Once the teams are selected, they are ranked and dispatched in four regions, so that the four best teams can't meet before the Final Four, as well as the four #2 teams, then the #3 and so on until all 68 teams are ranked.

The tournament itself is divided into six stages. Starting with the First Four, which pits the four lowest ranked conference champions against each other, and the four lowest ranked teams at all. After that, only 64 teams remain. The next rounds follow: the Round of 64, the Round of 32, the Sweet Sixteen, the Elite Eight, until you get to the Final Four. The moment everyone is waiting for. The climax of the season. The four best teams, who managed to get there, play the semi-finals and the final of this tournament. Until the winner is decided.

Who are the most successful and prestigious teams in the NCAA Championship?

The most successful team in the NCAA championship is UCLA, from the University of California, Los Angeles. With its 11 championship wins, the team dominates the ranking ahead of Kentucky and its 8 titles, Indiana and North Carolina with 5 titles and Duke which has 4.

Among the most prestigious universities in American basketball, how can we not mention Duke? At the "Blue Devils" is advocated the culture of winning and only the best potential of the country are recruited by this university. Among the active NBA basketball players, Zion Williamson, Jayson Tatum, Kyrie Irving, Brandon Ingram, JJ Redick or RJ Barrett studied at Duke.

The same is true for Kentucky, which has one of the best atmospheres in the league and is home to the best young prospects. Anthony Davis, DeMarcus Cousins, Eric Bledsoe, John Wall, Devin Booker, Tyler Herro, Rajon Rondo and Bam Adebayo all went to Kentucky before joining the biggest league in America.

If it is the most titled university, UCLA is also one of the most prestigious, especially because of the sports and academic program it offers. But also because of the players who have been there and who shine or have shone in the NBA, such as Kareem Abdul-Jabbar, Reggie Miller, Lonzo Ball, Russell Westbrook, Kevin Love or Zach LaVine. Very nice names.

The universities of Gonzaga, Kansas and Uconn are also very famous. Unsurprisingly, these are all teams that have produced the most players to join the NBA after college.

Why is this college tournament so popular?

First of all, because sports in the United States is a true institution. But more importantly, college sports are also an institution because Americans have a special attachment and loyalty to the colleges in their cities. Fans tend to think that their team is the best and deserves to become champions. So much so, that in addition to the on-court battles, the different universities compete in the stands. During the regular season, the players can count on the full support of their home crowd, while on the road, they have to face a hostile crowd. During the final tournament, each team can count on its public, which moves in number on the defined place. The purpose of these fans is to support their team, but they also have the purpose to confront the opposing fans, with songs, signs and so on. This gives rise to scenes that are sometimes unreal but always sensational.

This popularity and craze obviously reflects the intensity and the level displayed in this championship, especially during the final stages and the knockout matches, which add to an already huge stake, an even more exciting and thrilling dimension. All this thanks to players who aspire to become the future stars of American and world basketball. They, apart from the scholarship that is awarded to them, do not receive any money and therefore play for the honor of their university, guided by the passion of sport.

And the Americans are not mistaken. On top of all that, fans enjoy playing against each other through predictions. Several sites offer to predict the entire tournament by filling in their brackets. Obviously, contests, each one more exaggerated than the other, are organized around his predictions, knowing that it is almost impossible to correctly predict all 67 games of the final tournament. And yet, the whole world is trying. So much so that the filling out of a tournament bracket has been referred to as a "national pastime." Filling out a tournament bracket with predictions is called the practice of "bracketology" and sports programming during the tournament is rife with commentators comparing the accuracy of their predictions.

There are many differences in the game between the NCAA and the NBA, what are they?

It is true that the NCAA college championship has some specific characteristics, which differentiate it from the NBA, especially in terms of games.

Notable differences that do not alter the level of play, which is certainly lower than the NBA but which excites the crowds. The fans in NCAA are extremely numerous and, in the final stages in particular, the atmospheres are much hotter, in particular because everyone supports his university and their local champions!