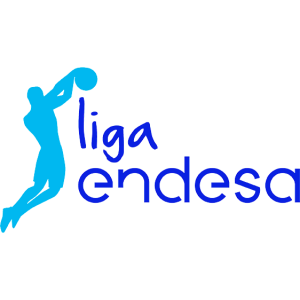 How does the Liga Endesa work?

The Liga Endesa, which is named for sponsorship reasons and is also known generically as Liga ACB, is the main professional basketball league in Spain. Between 1957 and 1983, it was controlled by the Spanish Basketball Federation. Since then, the Association of Basketball Clubs (ACB) has taken over the reins of the league.Today, the Liga Endesa is composed of 18 teams that compete in a first phase, where each team plays each other twice.

At the end of the first phase, the top seven or eight teams qualify for the Copa Del Rey (the number varies, as the host team is automatically awarded a place regardless of its ranking), a spectacular competition concentrated in one weekend. At the end of the regular season, the top eight teams advance to the playoffs, with the quarterfinals and semifinals played in best-of-three games and the final in best-of-five games. The team that wins the playoffs is declared the winner of the Liga Endesa and the Spanish champion.

On the other hand, the two teams that at the end of the regular season occupy the last two places in the ranking are relegated to the lower category, called LEB Gold.

Is there a team with more titles than the others?

Since the creation of this Spanish first division, only three clubs have participated in all editions: Real Madrid, Barcelona and Joventut de Badalona. These three teams are, unsurprisingly, on the podium of the most titled clubs in Spain, with a large domination of Real Madrid and Barcelona, which have won the title of Spanish champion on 35 and 19 occasions respectively.