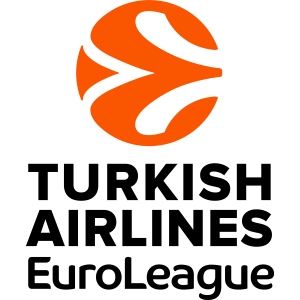 How does the EuroLeague work?

The EuroLeague, known in full as the Turkish Airlines EuroLeague for sponsorship reasons (and formerly known as the European Champions Cup, from its creation in 1958 until 1991), is the most prestigious European professional basketball competition. Widely recognized as such, it is also one of the most popular leagues.

In terms of its format, the Euroleague is a single group of 18 teams. Each of them plays all the others twice (once at home and once away, for a total of 34 games played by each team) during what is called the regular season. After that, the top eight teams advance to the Euroleague playoffs. The regular season standings are used to determine which teams will play each other in the quarterfinals (the 1st against the 8th, the 4th against the 5th, the 2nd against the 7th and the 3rd against the 6th), which are played in a best-of-five game format. And in each pairing, the higher placed team has home court advantage in the series, playing 3 of 5 games at home.

The four remaining teams, representing the elite of European basketball, meet in the Final Four, which takes place over a weekend at a predetermined location. It consists of two semi-finals, a third-place game and the grand final, with each round being played in one round. The team that makes it through this fast-paced mini-tournament wins the Euroleague and becomes European champions.

Which teams participate in the EuroLeague and how do they get into the competition?

The EuroLeague is a semi-closed league, which consists of 18 teams, the best in their country and the best in Europe. 13 of them have long-term licenses and are members of the Executive Board of Shareholders. These 13 licensed clubs are currently:

Which team has won the EuroLeague the most times in its history?
The most successful club in the Euroleague is none other than Real Madrid, with ten titles won. Next is CSKA Moscow, which has lifted the trophy 8 times. Tied behind are Maccabi Tel Aviv and Panathinaikos, with 6 titles.

In total, the EuroLeague title has been won by 21 different clubs, 13 of which have won it more than once.

Euroleague Defensive Player of the Year