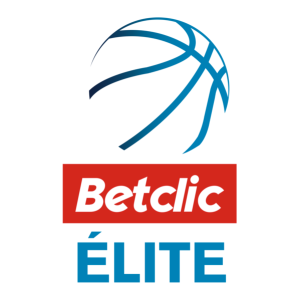 What is the Betclic Elite?

The Betclic Elite is none other than the first division of the French basketball championship, which is called so since the beginning of the 2021-2022 season. Previously, it was called Nationale 1 until 1993, Pro A from 1993 to 2018 and Jeep Elite between 2018 and 2021.

Currently, the formula of this championship is divided into two phases: a regular season, with 18 teams involved, and playoffs between the best eight of them. The quarter-finals and semi-finals are played in best-of-three games, while the final is played in best-of-five games.

The two teams that finish the regular season in 17th and 18th place are relegated to the lower division, called Pro B.

What are the historical and the most famous clubs of the first division of the French championship?

The most outstanding club in France seems to be Limoges CSP, which has 11 French Championship titles but has also shone on the European scene, winning the FIBA European Champion Clubs Cup in 1993, the European Cup Winners' Cup in 1988, and three Korac Cups in 1982, 1983 and 2000.