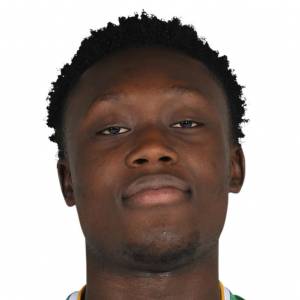 Sekou Doumbouya is a basketball player born on December 23, 2000, in Conarky (Guinea). His height is six foot nine (2m05 / 6-9). He is a small forward who most recently played for Detroit Pistons in NBA.

Sekou Doumbouya's full bio
Contact-us for any update or correction

Sekou Doumbouya through the years

On September 22, 2017, Sekou Doumbouya tied his career high in assists in a France - Pro B Leaders Cup game. That day he dished 4 assists in Poitiers's road win against Quimper, 82-94. He also had 16 points, 4 rebounds, 2 steals.

On April 28, 2019, Sekou Doumbouya tied his career high in blocks in a Jeep Elite game. That day he went for 3 blocks in Limoges's home loss against Lyon-Villeurbanne, 74-85. He also had 11 points, 5 rebounds.

On May 18, 2019, Sekou Doumbouya set his career high in efficiency in a Jeep Elite game. That day he accomplished 37 efficiency in Limoges's home win against Levallois, 106-78. He also had 34 points, 9 rebounds, and 1 assist. 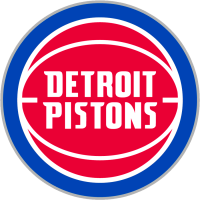 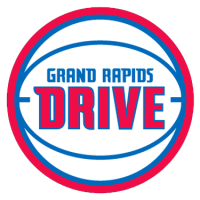 He scored in double figures 8 times in 38 games. He had 20 points or more 1 time. He recorded 2 double-doubles. 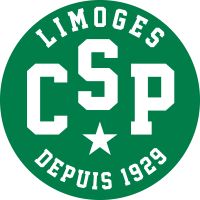 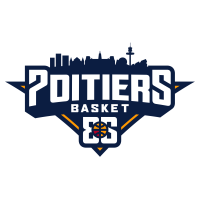 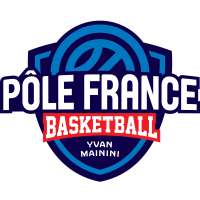 « Around 10 or 11 years old I was more or less fat. I was about 70 kg (154lbs) on a 5'6" (1m70) frame. My mom got me into sports. I had been playing soccer since I was 9, at Fleury-les-Aubrais. At 12, Benoist Burguet, a basketball coach, saw me. I was taller than the other kids, so he offered me to come and play his sport. I tried it, and the rest is history... ». This is how basketball Sekou Doumbouya's basketball journey started, and how narrated it to Le Parisien in a November 2018 article.

Doumbouya was born in Conarky (Guinea) and was raised there until the age of 9, before settling in Orleans (France) in 2009 with his mother and three sisters. His father, stayed in Guinea working in the military.

From Conarky to Orleans

When he started playing basketball, he knew the Air Jordan. « Yes, I knew the shoes. Then I saw videos and understood it came from a basketball player ! Michael Jordan, Kobe Bryant and Derrick Rose caught my attention. Basketball became an obsession » (L'Equipe, March 17, 2018 edition).

He first met his soon-to-be first coach while getting out of a swimming class. « He had a baby face, but I thought he was 2 years older ! Being 6'2", at 12... I called his mother right away, and he started practicing with us » Burguet told L'Equipe. « He was impressive, running smoothly, being ambidextrous... ». Burguet remembers Doumbouya's first game. The coach had a plan for the game, and Sekou executed it. His teammates did not. At half-time, the newcomer made his voice heard in the locker room, asking the other players to follow the coach's orders. « I wanted the guys to respect our coach. I felt like I owed it to him to make sure they listened to him » Sekou told RMC Sport.

A couple of years later, Doumbouya was recruited by INSEP. The National Institute for Sport and Physical Education gathers the best talents in France in a unique working environment near Paris. This is where Tony Parker, Boris Diaw or Evan Fournier refined their talents. He was one year younger than his new teammates, playing against adults in French NM1 (Division 3). At only 15, Sekou averaged 10.6 points, 3.3 rebounds and 1.4 steals playing only 22 minutes per game.

That season he was granted French citizenship. It allowed him to go and play at the next level, the following year, in Poitiers, a team known for developing young players. Kevin Seraphin and Evan Fournier both played there. In French Pro B (Division 2), he played 17 minutes on average in 31 games in 2016-2017 and 23 minutes per contest the following season. Brilliant at times, Doumbouya also had tough games for PB86. « Keep in mind that at 17 he is playing against adults. And sometimes he dominates... » said coach Ruddy Nelhomme, also an assistant coach for the French national team.

All U18 European Team

During his first season in Poitiers, Doumbouya was selected to play in the Under 18 European Championship. At only 16 years old, he was his team's second-best player behind competition MVP Frank Ntilikina. He averaged 17.8 points and 7 rebounds per game and had his best outing against Serbia scoring 31 points on 10/11 shooting from the field. Both Ntilikina and Doumbouya were named in the tournament all-star team alongside Tadas Sedekerskis, Davide Moretti and Isaiah Hartenstein.

For his last season in France before the 2019 Draft, Doumbouya chose a new challenge. Going to Limoges, one of the countries' most storied team. Playing in Jeep Elite (Division 1) in an environment with great pressure from both the team and the fans.

Playing in both the French league and in Eurocup (Euroleague's second division) managed to gain some playing time bringing energy to the court, while staying in the coach's system. Playing nearly 17 minutes per game and averaging 6 points per contest, Doumbouya was one of the top prospects in the two competitions.

On April 20, 2019, ESPN's Draft Expert Jonathan Givony announced that Sekou Doumbouya had declared for the 2019 NBA Draft. Doumbouya is represented by agent Bouna N'Diaye of Comsport. At 18, Doumbouya will be the youngest player in the 2019 NBA Draft. Doumbouya heads to the Draft with confidence, after having strong performances in his last 8 games. This good streak came after being out for six weeks following an injury to the hand. After announcing his eligibility, the french forward and his team, Limoges CSP, now focus on securing a playoff spot in the last 7 games of the regular season. Limoges is tied at 7th place on April 20. Trying to stay in the top 8 in order to make it to the playoffs.

Sekou Doumbouya set his new career-high in points scored (34) on his last regular season game in France with Limoges on May 18, 2019. In a win against Levallois (106-78), the french phenom scored 34 points (5/7 from three) and grabbed 9 rebounds in only 29 minutes. An incredible performance for a 18-year-old player facing seasoned veterans.

Detroit Pistons selected Sekou Doumbouya in the 2019 NBA Draft and will directly play in the next NBA season 2019-2020. It may be a perfect fit for Sekou who could shine at the forward position alongside Blake Griffin.