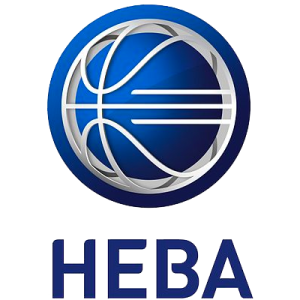 A league of legendary rivalries and of constrats. From the 19.000 fans of OAKA Stadium in Athens to the 1.260 seats of the Nikos Samaras Indoor Hall on the island of Myrina.

The first official Greek Basketball Championship was held in the 1927–28 season. Since then, powerhouse Panathinaikos Athens has taken home 37 trophies including 18 in the past 22 seasons. Nemesis Olympiakos Piraeus follows with 12 championships as the domination moved from Thessaloniki to Athens in the early 90’s.

On the other hand five of the current teams in the League play in a gym that seats less than 1.700 spectators and the economical crisis weakened many rosters.

Passion is also a synonymous with a lack of reason and the bad blood between Olympiakos and Panathinaikos reached such heights that Olympiakos forfeited several games in 2018-19 against its archrival and was therefore demoted to the second division.

A division that brought to light the talent of NBA MVP Giannis Antetokounmpo.

From Greece EKO to the NBA