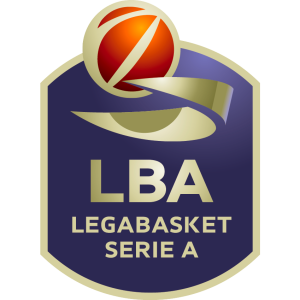 Check out the latest Italy - LBA Serie A scores and standings.

The Lega Basket Serie A is Italy's top basketball division. The 18 teams are playing a home and away 34 games regular season, followed by playoffs for the best 8 squads.

The league has a rich history as it was founded in 1920. Some of the most iconic clubs in Europe come from Italy. Olimpia Milano is a powerhouse of the Euroleague and won a record 28 championships, scudetti in Italian.

In the 70's and 80's, Lega Basket was regarded as the number one league on the Continent. Its teams captured 10 out of 20 Euroleague titles over the two decades, thanks to legendary clubs like Varese, Cantu, Milano or Roma. The league also attracted high profile US players. Mike D'Antoni, Bob McAdoo, Darryl Dawkins, Danny Ferry or Brian Shaw started or finished their career in Italy. Brazilian sharpshooter Oscar Schmidt played eleven seasons in the league averaging 34.6 points per game and ranks second on the all-time scoring list behind Antonello Riva.

The rivalry of Bologna between Virtus and Fortitudo or the growth of Benetton Treviso, which produced the first ever European born first pick in the NBA draft, Andrea Bargnani, captured the imagination in the 90's. As countries became more competitive financially and the role of homegrown Italian players decreased, Lega Basket lost some of its luster.

Milano, sponsored by fashion guru and basketball superfan Giorgio Armani has been a dominant force in the past few years.

From Italy LBA to the NBA