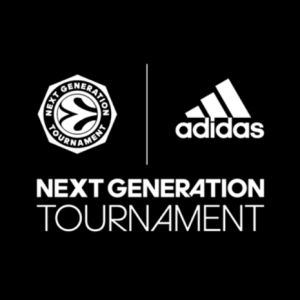 How does the Adidas Next Generation Tournament work?

To determine which teams qualify for the Final Four, which is held during the Final Four of the Senior Men's Euroleague, four qualifying tournaments are held. Each of these tournaments consists of eight teams: seven from clubs or academies and a specially formed Next Generation Team with promising players who are not included in the other teams.

The winner of each qualifying tournament earns an automatic spot in the finals. In addition to the four spots won by the winners of the ANGT qualifiers, one spot in the finals will be awarded to a Next Generation Team, which this time will be made up of the best players from all the Next Generation Teams. Three other teams will receive an invitation to the Final Four.

Which players, who are performing in the pros, also shone in the ANGT tournament?

The Adidas Next Generation Euroleague Basketball Tournament has seen hundreds of extremely promising young players come through. Some of them have shone in the youth and have become major players in Europe, Vasilije Micic, Luigi Datome, Alexey Shved, Nikola Mirotic, Alberto Abalde, Thomas Heurtel, Livio Jean-Charles, Nemanja Nedovic are some of the examples of these players.

Which team has won the Euroleague Basketball Next Generation Tournament the most times?

Since its first season in 2002-2003, the Euroleague Basketball Next Generation Tournament has had many different winners. Real Madrid and CSKA Moscow are the two clubs that have been crowned the most times with three titles each. Next are Zalgiris Kaunas, Rytas Vilnius and KK FMP, with two titles each.