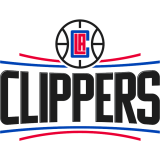 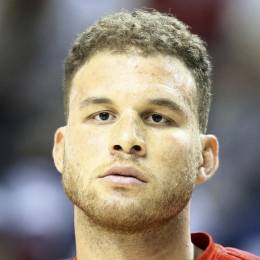 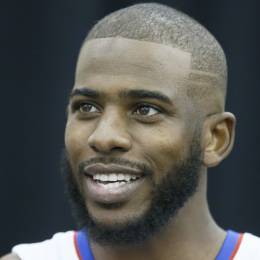 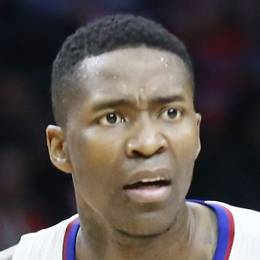 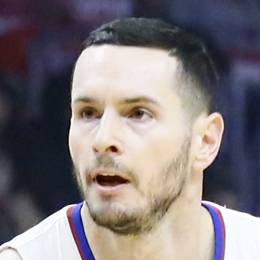 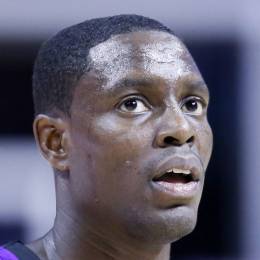 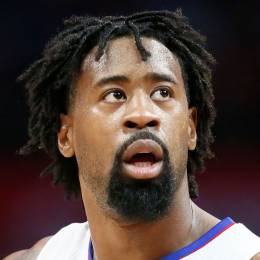 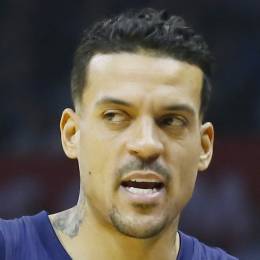 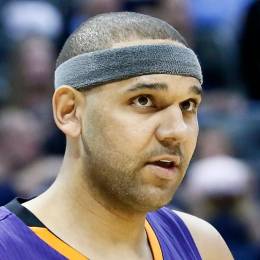 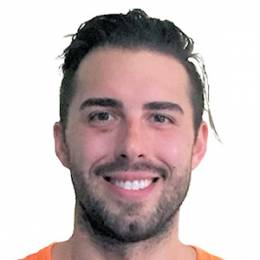 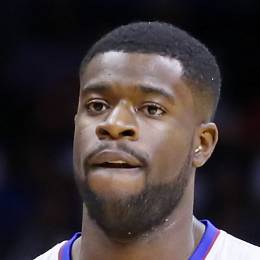 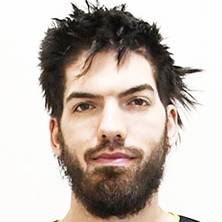 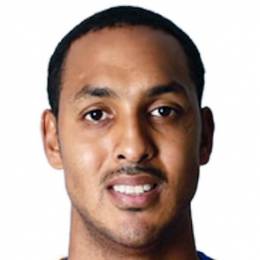 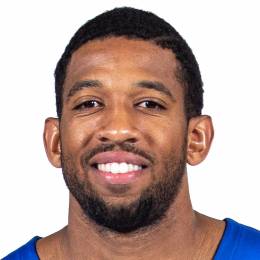 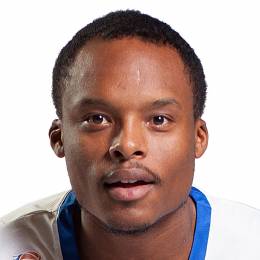 On March 03, 2014, DeAndre Jordan set a season high in rebounds in a NBA game. That day he grabbed 24 rebounds in LA Clippers's road win against Minnesota Timberwolves, 104-114. He also had 11 points and finished the game with a 27 efficiency.

Chris Paul has a season high 6 steals for LA Clippers

On October 10, 2013, Chris Paul set a season high in steals in a NBA game. That day he reached 6 steals in LA Clippers's home win against Golden State Warriors, 126-115. He also had 42 points, 2 rebounds, 6 steals and finished the game with a 50 efficiency.

On November 11, 2013, DeAndre Jordan set a season high in blocks in a NBA game. That day he went for 9 blocks in LA Clippers's road win against Sacramento Kings, 98-104. He also had 10 points, 15 rebounds and finished the game with a 26 efficiency.

On December 12, 2013, Chris Paul set a season high in efficiency in a NBA game. That day he accomplished 51 efficiency in LA Clippers's road win against Washington Wizards, 97-113. He also had 38 points, 3 rebounds, 3 steals and finished the game with a 51 efficiency.

Living in the shadow of the world-famous Los Angeles Lakers is a tough assignment. An impossible one some might say. Of course, the numbers are cruel and the Clippers have never won a championship in their history and have been regarded as one of the worst teams of all time. Yet, the reputation has changed since 2010 and new owner Steve Ballmer has its eyes set on becoming a champion.

So far away from L.A.

The story of the Clippers started very far away from California. The Buffalo Braves, in the state of New York, were one of the three expansion teams that started playing in 1970, along with the Portland Trailblazers and Cleveland Cavaliers. The team lost 60, 60 and 61 games in its first three seasons, despite welcoming North Carolina star Bob MacAdoo in 1972. In fact, MacAdoo was so frustrated by the losses that he later commented that his wife could have outrun his teammates. Things got better quickly as the Braves, coached by Jack Ramsay, enjoyed three consecutive playoffs campaigns, relying on the spectacular play of MacAdoo. The power forward/center with an almost unblockable turnaround jumpshot led the NBA in scoring each of these years and was named MVP in 1975.

But the turnaround did not last long. The Braves shared their arena with the basketball team from Canisius College. Scheduling home games proved to be a complicated task. Owner Paul Snyder grew tired of the situation and sold the team to John Y. Brown who made a bold business move by trading away his stars, including MacAdoo, and swapped franchise ownership with Celtics’ owner Irv Levin in 1978. Levin was a film producer who had every intention to move the team to its native California.

A move to California

The Braves relocated to San Diego that year and a naming contest ultimately decided on "Clippers" as a new name, in reference to the city being known for the great sailing ships that passed through San Diego Bay. The move was a success as the Clippers won 43 games during their first season in the West behind the stellar play of guard World B. Free, who finished second in the League in scoring with 28.9 points per game. Lloyd Bernard Free had earned his nickname from his high school days in Brooklyn because of his incredible leaping abilities. He became a fan favorite and was joined the following season by center Bill Walton, a former NBA champion and MVP. A spectacular addition that delivered little results. In his first season with San Diego, Walton played 14 games for the Clippers before fracturing the navicular bone in his left foot, therefore missing all of the 1980–81 and 1981–82 seasons. The local hero who played college ball at UCLA fought through extensive rehabilitation to eventually return to the court. He played three seasons with the Clippers who never finished near .500 or made the playoffs in his tenure.

In 1984, two years after buying the franchise, real estate mogul Donald Sterling moved the Clippers to Los Angeles without the NBA approval. The League fined Sterling 25 million dollars and filed a lawsuit demanding the franchise to be returned to San Diego, threatening to dissolve the team. The two sides reached an agreement and the Clippers began playing in L.A. racking up losses with remarkable continuity.

Anything but joining the Clippers

Its star players kept falling down to injuries: Derek Smith, Norm Nixon, Marques Johnson or Danny Manning. The Clippers lost 70, 65 and 61 games between 1986 and 1989. The franchise’s reputation was so awful that Danny Ferry, the first pick of the draft out of Duke, chose to sign in Italy, with Messagero Roma, in order to avoid signing a contract in Los Angeles. He was traded to the Cleveland Cavaliers for guard Ron Harper.

With Harper, forwards Ken Norman and Charles Smith, as well as the arrival of head coach Larry Brown, the Clippers found respectability. In 1992, 16 years after their last appearance they returned to the playoffs and pushed the Utah Jazz to a fifth and deciding game in the first round. They repeated the achievement a year later, this time losing in five games to the Houston Rockets.

Former number one draft pick Danny Manning led the charge. NCAA champion and Final Four Most Outstanding Player with Kansas in 1988, his NBA debut was derailed by a knee injury. But patiently, Manning came back into shape averaging 22.8 points per game in 1992-93, making the All-Star Game and 23.7 points per game through the first 42 games of the 1993-94 season. That is when the Clippers traded Manning to the Atlanta Hawks for Dominique Wilkins. The trade was a disappointment for both sides as the Hawks, conference leader at that time, lost in the conference semifinals. The Clippers only won 27 games overall and Wilkins left for the Boston Celtics after a few months.

Another dark period started for the Clippers who went through 12 consecutive losing seasons. The team failed to build an identity and became synonymous with terrible draft choices, highlighted by the selection of center Michael Olowokandi with the first pick in 1998.

Their fortune changed in the early 2000. Results remained modest but the Clippers found a new popularity by putting together a young and spectacular squad and moving to Staples Center, sharing the building with the Lakers. Quentin Richardson, Darius Miles, and Lamar Odom never made it to the playoffs but they brought a breath of fresh air to the franchise. Odom was the prototype of a new brand of basketball. A 6-10 athlete able to play any position on the court, including point-guard. But despite adding substantial firepower with Elton Brand and Andre Miller, the Clippers could not reach the postseason because of poor team chemistry and injuries.

The 2005–06 season was a turning point for the team's image and the front office strategy. The team chose to rely on veterans welcoming former NBA champion Sam Cassell. With Brand, Corey Maggette or Cuttino Mobley, they showed significant improvement, achieving their first winning record in 14 seasons, and clinched their first playoff spot since 1997. They also finished with a better record than the Lakers for the second straight year and secured home-court advantage over the Denver Nuggets. The Clippers made it to the second round and pushed the Phoenix Suns to seven games. General Manager Elgin Baylor won the NBA Executive of the Year that season.

This run had no tomorrow and the Clippers returned to the bottom of the standings. In December of 2011 a trade changed their fate. Chris Paul arrived from the New Orleans Hornets and proved to be the perfect complement to the first pick of the draft Blake Griffin and young center DeAndre Jordan. The team gained the nickname Lob City as one spectacular dunk followed an incredible alley-oop. Griffin quickly became an All-Star and managed to expand his game not only relying on his amazing athleticism.

Despite winning 56 games during the 2012/13 season, the Clippers did not renew the contract of coach Vinny Del Negro and hired Doc Rivers. He led the team to 57 wins and the second round of the playoffs, losing to the Thunder. Yet the summer was marked by controversy from owner Donald Sterling. Already accused of racist behavior in the past, Sterling was taped making derogatory remarks to his wife. The incident caused a public backlash and the NBA issued Sterling a lifetime ban and Steve Ballmer a former CEO of Microsoft bought the franchise for 2 billion dollars! During his first season at the helm, the Clippers once again won 56 games, eliminated the NBA champion San Antonio Spurs in the first round of the playoffs, winning the series in the seventh game on a game-winning shot by Paul with one second left. In the next series against the second-seeded Houston Rockets, they took a 3–1 series lead only to lose the next three games.

The Clippers’ new owner’s ambition is clearly to bring a championship to Los Angeles. He plans on building a new arena for his team and quickly hired Jerry West as a special consultant. When the Lob City era ended, a rebuilding period was expected to start. But the Clippers quickly rebounded. In the summer of 2019, they showed their new power of attraction by signing free-agent Kawhi Leonard. A few days later they acquired Paul George from the Oklahoma City Thunder, assembling one of the best one-two punch in the League.