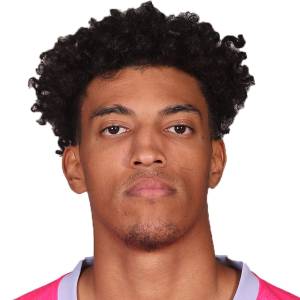 Malcolm Cazalon is a basketball player born on August 27, 2001. His height is six foot six (1m98 / 6-6). He is a small forward who most recently played for Mega MIS in Adriatic - Liga ABA.

Malcolm Cazalon through the years 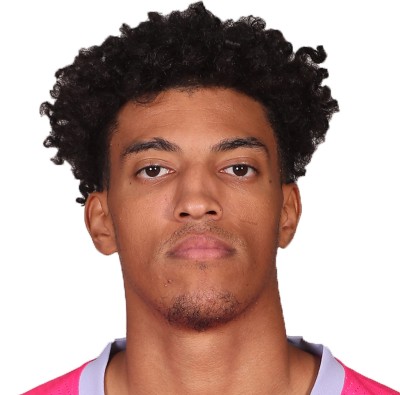 Born August 27, 2001 in Roanne, Malcolm Cazalon is the son of former pro player Laurent Cazalon who had a 10-year career in Pro A and Pro B and played briefly with the French national team. At 6-4 he was one of the most spectacular dunker in France, twice winning the Slam Dunk Contest at the All-Star Game.

Son of a professional player in France

Malcolm grew up in Roanne where his father was playing and was considered one of the best prospect in the area. He chose not to join INSEP in Paris to move to ASVEL in 2016. He did not have time to make an impact with the powerhouse owned by Tony Parker. Playing with the U21 team despite being five years younger than some of his opponents, he faced knee issues linked to growth spurts but displayed some flashes of brilliance during his second season there. Yet, to the surprise of many, he chose to change teams, signing a three-year contract with Bourg en Bresse, hoping to get the playing time he was not guaranteed to get with ASVEL.

The left-handed scorer enjoyed his coming-out party at the U17 World Cup in Argentina. Joining forces with highly regarded prospects Killian Hayes and Theo Maledon, He led his team in scoring as France won a silver medal and was a highlight machine, reinforcing his status of NBA prospect. "I missed the U16 European Championship because of injuries and I was waiting for that competition all year long", he pointed out. "I was excited but in a positive way, not in a crazy way. I knew where I was going and how to do it."

From France to Belgium... to Serbia!

His success did not translate in Pro A. While his backcourt mates Maledon and Hayes enjoyed breakout seasons, he spent most of his time on the bench and struggled the following summer at the U18 European Championship as France finished a disappointing fifth. Once again, Cazalon did not stay put, taking his talent to Belgium. "I know this choice sounds crazy but I am extremely confident." He made it clear he wanted to put his name in the draft as early as 2020 but did not perform as he expected in Leuven. His stint in Belgium only lasted 10 games before he changed agent and moved to KK Mega Bemax in February, not playing a game there as his release was being finalized.

"I think I made a mistake going to Leuven and I wasted my time there", he explained to French website bebasket.com. I did not feel this was a good environment for a youngster to improve. Hopefully in Serbia I will be the go-to guy of the team and that’s what I need. There won’t be no excuse anymore."