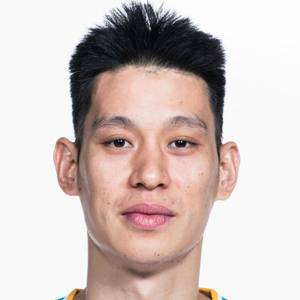 Jeremy Lin is a basketball player born on August 23, 1988. His height is six foot three (1m91 / 6-3). He is a point guard who most recently played for Beijing Ducks in China - CBA Play-Offs.

Jeremy Lin's full bio
Contact-us for any update or correction

Jeremy Lin through the years 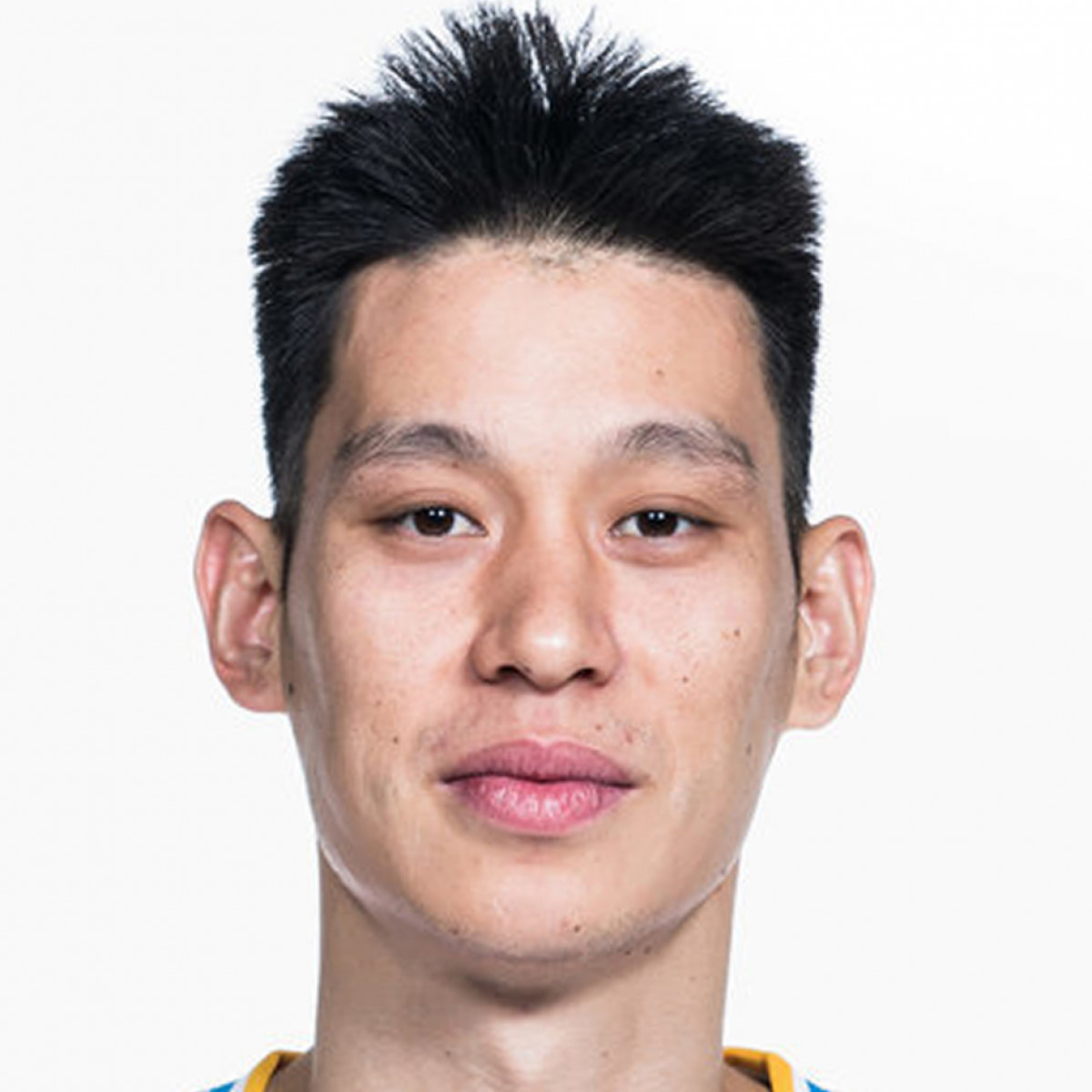 10 days. That is all the time Jeremy Lin needed to become the biggest show on the biggest stage on earth. The player everyone talked about in the Mecca of basketball. Between February the 4th 2012 and February the 14th, Lin, an unknown and undrafted benchplayer, the fourth point guard on a terrible New York Knicks team, averaged 26.8 points and 8.5 assists over a six game span and punctuated his incredible run with a winning three-pointer in Toronto. Linsanity was born.

From Harvard to the NBA

To many Asian-Americans, Jeremy Lin became an icon and his journey to the top of the basketball world a source of hope to many. Born in California, Lin was raised in the Bay Area by parents who emigrated from Taiwan to the United States in the mid-1970s. After his high school career, Lin dreamed of joining local schools such as Stanford or UCLA. But these universities paid little interest to the skinny point guard, who seemed to lack the athleticism to play at the highest level. Harvard finally came calling but just like any Ivy League school, did not offer sports scolarships. Lin remained four years in the NCAA and finished as one of 30 candidates for the John R. Wooden Award and one of 11 finalists for the Bob Cousy Award. He was also invited to the Portsmouth Invitational Tournament. But Lin’s name was not called during the 2010 NBA draft as scouts remained skeptical about his outside shot and thin frame.

He managed to receive an invitation to the Dallas Mavericks summer league team. He played well enough, notably against the first pick in the draft, John Wall, to sign a partially guaranteed contract with the Golden State Warriors. His hometown team held a press conference following the signing as Lin became the first Asian-American in the NBA since 1947 and the first Ivy League graduate to play in the league in almost a decade. "It was surprising to see that we had almost a full-blown media day, with a bunch of national media here, for an undrafted rookie," Warriors coach Keith Smart said.

A fan favourite with the Golden State Warriors

Behind Stephen Curry and Monta Ellis, playing time was limited but every time the rookie got garbage minutes, the crowd erupted. "I've never seen that kind of reception for a rookie," David Lee pointed out at the time. "In New York, I saw that kind of reaction maybe for Nate Robinson, but Jeremy has a cult following." On Nov. 3, 2010, San Francisco Gate columnist Rusty Simmons wrote a piece entitled "Stop cheering for Jeremy Lin," arguing that the crowd's explosions worsened the rookie's game.

The 2010-11 season was spent between the Warriors’ bench and the court of the Reno Bighorns in the G-League. During the summer, as the lockout blocked NBA activities, Lin focused on improving his body, working relentlessly on his strength and quickness. He had a brief stint in China with the Dongguan Leopards but never got a chance to show coach Mark Jackson he belonged with the Warriors. On the first day of training camp, he was cut. The Houston Rockets claimed him off waivers but with three point-guards already on guaranteed contract, he was let go before the season started.

The New York Knicks took a chance on him but when February came around, Lin was on the verge of being cut again. In order not to guarantee his contract, the front office had to waive him before the 7th. "His expiration date was coming up", Coach Mike D’Antoni said. "We had to evaluate to see if there was something there or not."

From zero to hero in New York

Given a chance, Jeremy Lin seized the opportunity. His remarkable play captured the imagination of fans accross the world. Before his rise to superstardom, Lin had been sleeping on the couch in the livingroom of a small, one-bedroom apartment in the East Village belonging to his brother, Josh. All of sudden, his jersey became a best-seller in the League, ticket prices at Madison Square Garden tripled, he was featured on the cover of Time in Asia, twice of Sports Illustrated in the US and even commissionner David Stern aknowledged the phenomena : "I haven't done a computation, but it's fair to say that no player has created the interest and the frenzy in this short period of time, in any sport, that I'm aware of like Jeremy Lin has." The player trademarked the word Linsanity to preempt strangers from profiting from his likeness.

The story was incredible but created some tension within the team. "Everyone wasn’t a fan of him being a new star", Amare Stoudemire told the NY Daily News. "Jeremy was a great, great guy, great with teammates, worked hard. He put the work in. We were proud of him having his moment. A lot of times you got to enjoy somebody else’s success. That wasn’t the case for us during that stretch. You got to enjoy that and let that player enjoy himself and cherish those moments. He was becoming a star and I didn’t think everyone was pleased with that."

His Cinderella story got derailed in March when the Knicks fired coach Mike D’Antoni and replaced him with Mike Woodson. A few days later Lin had knee surgery and missed the rest of the season. His franchise then had to decide what to do with its new found star. As a restricted free-agent, owner James Dolan had the opportunity to match any offer he would receive. The Houston Rockets offered him a three-year 25 million dollars deal that did not seem insurmountable. But the contract included a third-year balloon payment of 14.9 milllion which would have cost the Knicks another $35 million or more in luxury-tax penalties had they matched the deal. On July 18 2012, Lin was gone.

The Rockets made him the face of their publicity campaign but coach Kevin McHale was quick to point out expectations were probably undue. Shortly before the start of the season, Houston acquired James Harden who became the face of the franchise and the number one offensive option.

Jeremy Lin never regain the momentum that made him an icon. During the next 8 years, he played for six different teams, mainly in a reserve role. The Brooklyn Nets believed in him enough to offer him a 36 million dollars deal in the summer of 2016 but his second stint in New York was plagued by injury. Several hamstring issues limited him to 36 games in his first season and he suffered a ruptured patella tendon in the season opener of the next one, missing the next 81 games.

Lin still managed to find a spot with the Hawks, serving as a mentor to Trae Young then moved to the Toronto Raptors in 2019 after agreeing to a buyout. He struggled in Canada and his playing time plummeted. During the playoffs he was limited to garbage minutes behind Kyle Lowry and Fred VanVleet. Yet, he made history again as he won an NBA championship, logging just 51 seconds on the court during the six game series against the Golden State Warriors. An outcome the player himself had predicted in 2012 in the documentary Linsanity. "I always told myself my progression is gonna be: become a rotation player, become a starting point guard and then win an NBA championship. And people are definitely going to laugh when they hear that. They’re not going to be laughing if it actually happens."

In the summer of 2019, after winning the title, Lin was forced out of the League. With the NBA free agency period in full effect, the former New York sensation waited for a call that never came. During a promotional tour in Taiwan, he broke down in tears while giving a sermon : "I've given more of myself to God every single year. And every year it gets harder. And in English, there is a saying that once you hit rock bottom, the only way is up. But rock bottom seems to be getting more and more rock bottom for me. So free agency has been tough. Because I feel like in some ways the NBA has kinda given up on me." On August 27, Lin signed with the Beijing Ducks of the Chinese Basketball Association for a reported US$3 million per year.

Although now far away from the NBA, Lin remains a formidable success story and a source of inspiration for Asian American accross the US : "I’m rooting for so many more Asians to come in. At times it kind of sucks being the only one. At other times it’s amazing. Amazing because you get to challenge everyone’s viewpoints and perspectives."

What team Jeremy Lin is on?

For the 2019-2020 season, Jeremy Lin joined the Beijing Ducks (北京鸭篮球俱乐部) in the Chinese Basketball Association. Beijing is the capital of China and has 21.000.000 inhabitants.

How many rings does Jeremy Lin have?

Jeremy Lin was part of Toronto's 2018-2019 championship team. He played 23 regular-season games and 8 playoff games with the Raptors. While not a major contributor, the point guard earned a championship ring for being in the team roster.

What is Jeremy Lin's net worth?

During the Linsanity era, when Jeremy Lin had incredible games with the New York Knicks, his net worth was estimated at $170 million by Forbes. His Cinderella story made him a mainstream superstar and helped the Knicks stock and tickets value rise.

Playing in the NBA for 9 years, Lin has earned more the $65 million in salary. He is now playing in China in a league known for its wealthy contracts.

What is Jeremy Lin's nationality?

Jeremy Lin was born on August 23, 1988, in Torrance, California. He is an American of Taiwanese descent. Lin has two brothers, Joseph Lin and Joshua Lin.

How tall is Jeremy Lin?

Jeremy Lin is listed at 6-3 (191 centimeters). It is considered as a good size for a guard, his size and athleticism allowing him to defend both guard positions.

Jeremy Lin speaks fluent Chinese (Mandarin). His parents talked to him in Chinese when he was young, and he worked on it when he became an adult. In 2013, Jeremy Lin said he had taken one on one lessons because he thought it was important for him to speak Chinese and know his parents' language. It came handy when he joined the Chinese basketball league in 2019!

Did Jeremy Lin play in finals?

Barely. Jeremy Lin only played 1 minute during the 2019 NBA Finals, winning the NBA Championship with the Toronto Raptors. This minute earned him an NBA ring! 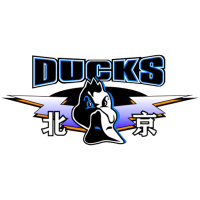 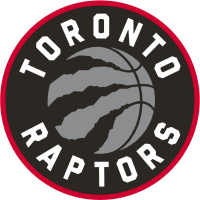 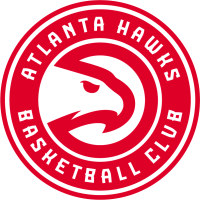 He scored in double figures 27 times in 51 games. He had 20 points or more 3 times. He recorded 1 double-double. 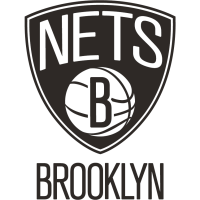 He scored in double figures 1 time in 1 games. 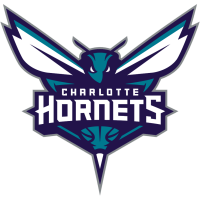 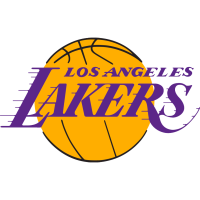 He scored in double figures 44 times in 74 games. He had 20 points or more 6 times. He recorded 3 double-doubles. 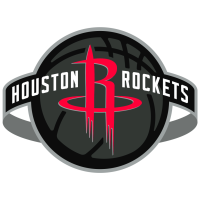 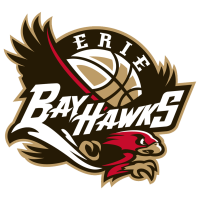 He scored in double figures 1 time in 1 games. He had 20 points or more 1 time. He recorded 1 double-double. He had 1 triple-double. 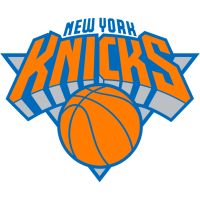 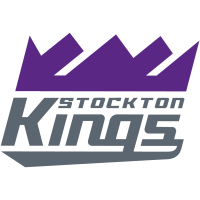 He scored in double figures 19 times in 19 games. He had 20 points or more 9 times. He recorded 1 double-double. 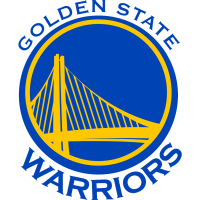 He scored in double figures 2 times in 29 games.